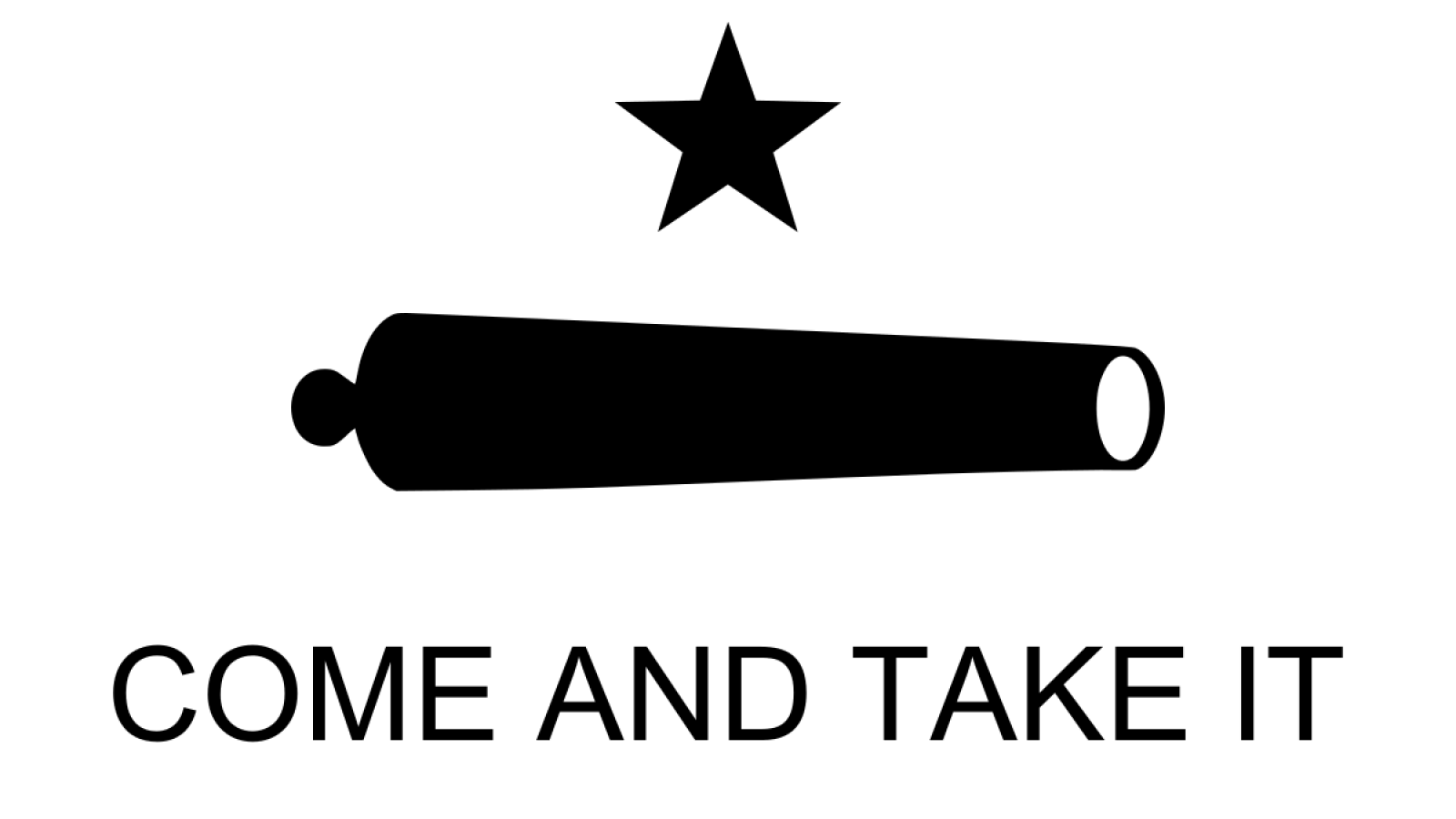 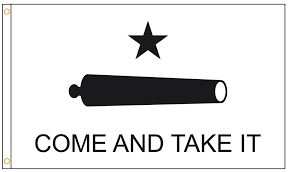 As a born and raised Texan, Second Amendment Advocate, and Firearms Instructor, the phrase “Come and Take It” is very important to me. What does it mean? In today’s current political climate we support the second amendment. Advocates cling to the interpretation that it means “leave my firearms alone” to anyone who threatens our rights as Americans to bear arms and protect ourselves from criminals and tyranny!  That is exactly how this term came to be as it was written on a flag that flew above a cannon that protected Fort Gonzales here in the great State of Texas. In 1835 the Texians who lived in Fort Gonzales began to rebel against the Mexican Government after one of their own was beaten by a Mexican soldier. When the Mexican Government wanted their cannon back, Fort Gonzales responded by saying “Come and Take It”. A flag was flown above the cannon with a Star,a cannon, and the simple phrase “Come and Take It”. When the Mexican Army tried to confiscate the cannon on October 2, 1835 they were met with a large resistance force and the very cannon that they came to take. Today we face a similar over reach by politicians who threaten our second amendment rights to defend our family and loved ones.  They falsely claim that their intentions are not to take away our rights, but to protect helpless Americans from mass shooter violence. They use alot of statistics and examples that are franklity a lie.  But don’t take my word on it, look them up for yourself. Don’t fall victim to the socialist leaning politicians, instead do your homework and vote them out. As our fellow Texans did in 1835, let’s stand up for what is right and protect our constitutional rights from these pro gun-control politicians by voting them out of office. Do this so that we don’t have to defend ourselves like they did at Fort Gonzales. Click on the link below for a more in-depth article about Fort Gonzales and the Come and Take It Flag.